This week I was trying to implement Matrix Multiplication, on GPGPU using Vulkan Compute API, which is pretty easy to parallelize, given that each cell of resulting matrix can be computed independent of any other cell. This is a simple data parallel problem, where same kernel can be run for each cell of resulting matrix without any data dependency, while input is read from two immutible buffers ( read Matrix A, B ). For understanding performance gain when run on GPGPU, I planned to implement naive matrix multiplication algorithm, which runs with time complexity O(N ** 2), in both CPU & GPU executable form. Given that GPUs are massively parallel machines, multiple cells of resulting matrix can be computed at a time, while paying very low synchronization cost, given nature of problem at hand.

When computing matrix multiplication on CPU, I make use of two nested loops, where each iteration of inner most loop computes value at a certain cell of resulting matrix with formula

If I work with two 4 x 4 matrices, multiplication algorithm looks like 👇. For making it more generic, first LHS matrix's #-of columns & RHS matrix's #-of rows need to be equal. Otherwise, multiplication is not possible. Two nested loops iterate in such a way so that it's possible to generate indices of each cell of resulting matrix of dimension M x P, when LHS(M x N) & RHS(N x P). 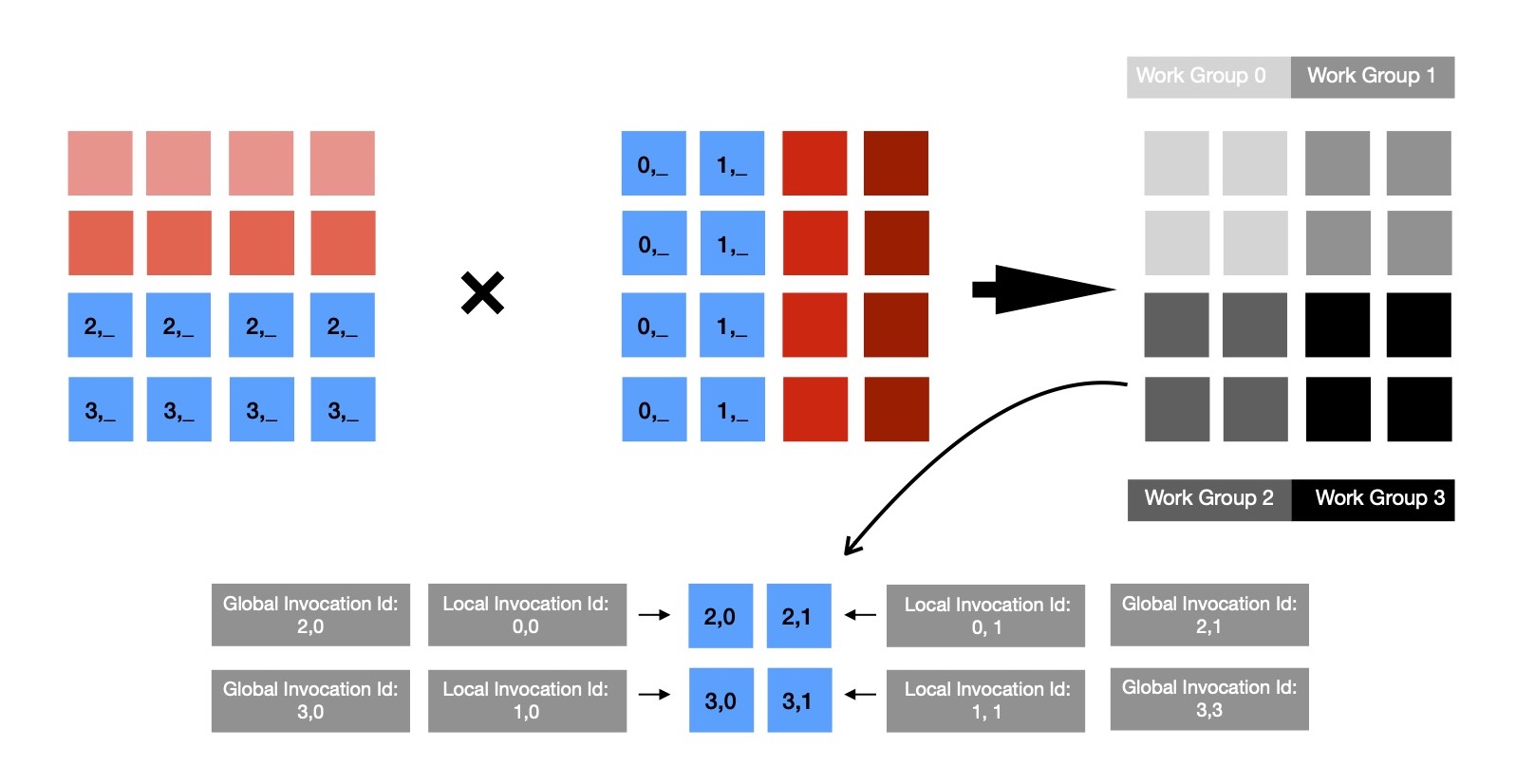 Finally, it's time to run both CPU, GPU executable matrix multiplication implementation. Speed up obtained is noticeably large due to nature of problem & SIMT execution model of GPUs. As I've used an old integrated graphics card, I believe executing same implementation on discrete compute enabled graphics unit with subgroup size > 32, should result in much better performance. In my case, ~32 invocations execute in parallel, if subgroup size > 32, no doubt speed up will be visibly higher.